A:  The "Starred" table in the order station refer to the bills that are put "On-hold"

FoodZaps clears all your bills on the order station at the end of your operation day to make sure you can start a fresh new day.

But when it come to some special cases, you would like to store the bill on your order station for a later settlement, "Starred" table would be the place for you to hold your bills, where the bills that are stored in that table will not be cleared until there's an settlement.

To mark the bill as on-hold, select your order in any order station, tap on the drop-down icon on the top-right corner, and tap on "Bookmark" so the bill will be shown on "Starred" table.

To settle the bill in the "Starred" table on any other day, simply tap on the order and tap on the drop-down icon on the top-right corner, tap on "Reopen" to enable the bill and once the payment details has been keyed in, tap on "Paid" to close the bill as paid, this will then be reflected in your sales report for that day. 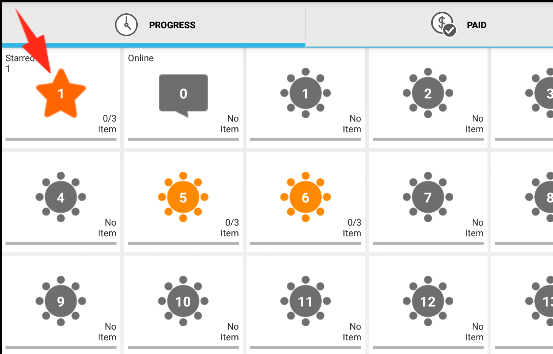